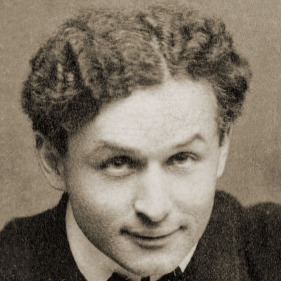 Newborn Erik Weisz (Americanized Ehrich Weiss), who would later generate fame, fortune, and folklore as Harry Houdini, escaped his mother’s womb in Budapest on this day in 1874.

For those who don’t know much about the man, calling Houdini a magician would be like calling Elvis Presley a singer.

Liberating himself from the bonds of bland, Houdini sculpted his own image as a performer of the impossible, redefining a profession now known as escapology.

His pitch: He could escape any contraption made of any material devised by even the most ingenious of inventors. This appealed to many people of his day—millions of immigrants like him, seeking to escape a mundane existence, fighting as underdogs to survive in a competitive world.

Aside from his boundless technical knowledge and ability to manipulate any lock, shackle, or rope, his true brilliance centered on manipulating the minds of his audiences with classic showmanship and innate charisma.

He almost died during each performance. At least, that’s what he wanted people to think. And they did. This, combined with his knack for getting front-page publicity in almost every city he visited, led to his superstar icon status and, ultimately, to his immortality. That’s why we’re still talking about him to this day.